Few people have heard of frontotemporal dementia and other brain disorders that affect personality, behavior, language, and movement. These disorders are little known outside the circles of researchers, doctors, patients, and caregivers who study and live with them. Although frontotemporal disorders remain puzzling in many ways, researchers are finding new clues that will help them solve this medical mystery and better understand other common dementias.

The symptoms of frontotemporal disorders are devastating. They gradually rob people of basic abilities—thinking, talking, walking, and socializing—that most of us take for granted. They often strike people in the prime of life, when they are working and raising families. Families suffer, too, as they struggle to cope with the person’s daily needs as well as changes in relationships and finances.

The Basics of Frontotemporal Disorders

Frontotemporal disorders are the result of damage to neurons (nerve cells) in parts of the brain called the frontal and temporal lobes. As neurons die in the frontal and temporal regions, these lobes atrophy, or shrink. Gradually, this damage causes difficulties in thinking and behaviors controlled by these parts of the brain. Many possible symptoms can result, including strange behaviors, emotional problems, trouble communicating, or difficulty with walking and other basic movements.

A Form of Dementia

Frontotemporal disorders are a form of dementia caused by a family of brain diseases known as frontotemporal lobar degeneration (FTLD). Dementia is a severe loss of thinking abilities that interferes with a person’s ability to perform daily activities such as working, driving, and preparing meals. Other brain diseases that can cause dementia include Alzheimer’s disease and strokes. Scientists estimate that FTLD may cause up to 10 percent of all cases of dementia and may be about as common as Alzheimer’s among people younger than age 65.

People can live with frontotemporal disorders for 2 to 10 years, sometimes longer, but it is difficult to predict the time course for an individual patient. The disorders are progressive, meaning symptoms get worse over time. In the early stages, people have one type of symptom. As the disease progresses, other types of symptoms appear as more parts of the brain are affected.

No cure or treatments for frontotemporal disorders are available today. However, research is improving awareness and understanding of these challenging conditions. This progress is opening doors to better diagnosis, improved care, and, eventually, possible new treatments.

Changes in the Brain

The frontal lobes, situated above the eyes and behind the forehead both on the right and left sides of the brain, direct executive functioning. This includes planning and sequencing (thinking through which steps come first, second, third, and so on), prioritizing (doing more important activities first and less important activities last), multitasking (shifting from one activity to another as needed), and monitoring and correcting errors.

When functioning well, the frontal lobes also help manage emotional responses. They enable people to control inappropriate social behaviors, such as shouting loudly in a library or at a funeral. They help people make decisions that make sense for a given situation.

When the frontal lobes are damaged, people may focus on insignificant details and ignore important aspects of a situation or engage in purposeless activities. The frontal lobes are also involved in language, particularly linking words to form sentences, and in motor functions, such as moving the arms, legs, and mouth.

The temporal lobes, located below and to the side of each frontal lobe on the right and left sides of the brain, play a major role in language and emotions. They help people understand words, speak, read, write, and connect words with their meanings. They allow people to recognize objects, including faces, and to relate appropriate emotions to objects and events. When temporal lobes are dysfunctional, people may have difficulty recognizing emotions and responding appropriately to them.

Which lobe—and part of the lobe—is affected first determines which symptoms appear first. For example, if the disease starts in the part of the frontal lobe responsible for decision-making, then the first symptom might be trouble managing finances. If it begins in the part of the temporal lobe that connects emotions to objects, then the first symptom might be an inability to recognize potentially dangerous objects—a person might reach for a snake or plunge a hand into boiling water, for example.

Frontotemporal disorders can be grouped into three types, defined by the earliest symptoms physicians identify when they examine patients.

It can be hard to know which of these disorders a person has because symptoms and the order in which they appear can vary widely from one person to the next. Also, the same symptoms can appear in different disorders. For example, language problems are most typical of primary progressive aphasia but can also appear in the course of behavioral variant frontotemporal dementia.

Frontotemporal lobar degeneration (FTLD) is not a single brain disease but rather a family of brain diseases that share some common molecular features. Scientists are just beginning to understand the biological and genetic basis for the changes observed in brain cells that lead to FTLD.

Scientists describe FTLD in terms of physical changes in the brain seen in an autopsy after death. These changes include loss of neurons and abnormal amounts or forms of proteins called tau and TDP-43. These proteins occur naturally in the body and help cells function properly. When the proteins don’t work properly – for reasons not yet fully understood – neurons in the frontal and/or temporal lobes are damaged and disease results.

So far, there is no cure for frontotemporal disorders and no way to slow down or prevent them. However, there are ways to manage symptoms. A team of specialists—doctors, nurses, and speech, physical, and occupational therapists—familiar with these disorders can help guide treatment.

If you would like the full text of this publication, it is in the public domain and available at no cost at http://www.nia.nih.gov/alzheimers/publication/frontotemporal-disorders/introduction

If you would like to read this entire booklet and receive one hour of continuing education credit, visit Professional Development Resources at https://pdresources.org/course/index/6/1175/Frontotemporal-Disorders-Information-for-Patients-Families-and-Caregivers 2010 Alzheimer’s Disease Progress Report: A Deeper Understanding, the latest annual Alzheimer’s research report from the National Institutes of Health (NIH), is now available online. Prepared by the National Institute on Aging, which leads the NIH effort conducting and supporting research on age-related cognitive decline and Alzheimer’s disease, the report highlights important developments and directions in NIH-funded research, including:

Special features include animation showing the progression of Alzheimer’s in the brain and video interviews highlighting new insights into the disease. 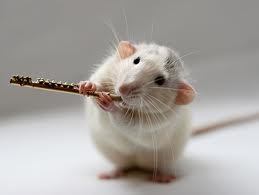 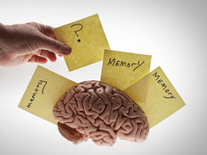 Free resource from the National Institute on Aging

Many older people forget someone’s name or misplace things from time to time. This kind of forgetfulness is normal. But, forgetting how to get home, getting confused in places a person knows well, or asking questions over and over can be signs of a more serious problem. The person may have Alzheimer’s disease, a disease of the brain that begins slowly and gets worse over time. Alzheimer’s currently affects one in 10 people over age 65 and nearly half of those individuals over 85. With such an outlook, it’s imperative that healthcare professionals stay current on the research and best practices for treatment and caregiving.

Alzheimer’s Disease & Related Disorders (ADRD) – This course provides an in-depth discussion of the management of Alzheimer’s Disease or Related Disorders (ADRD), including disease progression and strategies for care. It considers all aspects of ADRD, including the various stages of the disease, problem behaviors, communication issues, ethical considerations and appropriate activities. In addition, strategies are presented for working with families and caregivers of ADRD patients. 2006 | 47 pages | 27 posttest questions | 3 hours CE

Alzheimer’s Disease: Nutrition Intervention Strategies – Alzheimer’s disease is a disorder of forgetfulness that eventually impacts a person’s ability to participate in activities of daily living. It takes a devastating toll on both patients and those who care for them. Those with Alzheimer’s disease experience immense fear and frustration as they struggle with simple tasks. Family, friends, and caregivers experience pain and stress as they watch Alzheimer’s disease slowly take their loved ones away from them. Many individuals with Alzheimer’s disease and other forms of dementia are cared for in institutional settings. Nutrition plays an important role in meeting the needs of such persons. This course will familiarize readers with the early warning signs of dementia, discuss the pathophysiology of Alzheimer’s disease, identify pharmacological, environmental, and behavioral interventions used at various stages of the disease, and describe nutrition-related complications and intervention strategies. 2002 | 15 pages | 12 posttest questions | 2 hours CE

Alzheimer’s Disease – Overview – Alzheimer’s disease is an increasing concern for the aging American population. It is important for healthcare providers to have a basic familiarity with the disease, in order to provide adequate diagnosis, treatment, and referrals. This course, based on documents from the National Institute on Aging and the Alzheimer’s Association, provides an overview of the prevalence, causes, symptoms, diagnosis, treatment, and progression of Alzheimer’s disease, as well as information about caregiving and caregiver support. As such, this course is relevant to all clinicians who work with elderly individuals, their families, and their caretakers. Course #10-39 | 2010 | 34 pages | 7 posttest questions | 1 hour CE

Alzheimer’s – Unraveling the Mystery – Alzheimer’s dementia is a growing concern among the aging Baby Boomers; yet, modern science points the way to reducing the risks through maintaining a healthy lifestyle. This course is based on a publication from the National Institute on Aging, which describes healthy brain functioning during the aging process and then contrasts it to the processes of Alzheimer’s disease. Full of colorful, detailed diagrams, this educational booklet describes the risk factors for Alzheimer’s disease, effective steps for prevention, strategies for diagnosing and treating Alzheimer’s disease, and the search for new treatments. Strategies for caregivers and reducing caregiver stress are also discussed briefly. Course #30-54 | 2008 | 43 pages | 21 posttest questions | 3 hours CE

Caring for a Person with Alzheimer’s Disease – This course is based on the public-access publication, Caring for a Person with Alzheimer’s Disease: Your Easy-to-Use Guide from the National Institute on Aging. The booklet discusses practical issues concerning caring for someone with Alzheimer’s disease, including a description of common challenges and coping strategies. Advice is provided regarding keeping the person safe, providing everyday care, adapting activities to suit their needs, and planning ahead for health, legal, and financial issues. Chapters also discuss self-care for caregivers, sources of assistance for caregivers in need, residential options for care, common medical issues, and end-of-life care. This course is relevant to clinicians who work with elderly individuals, their families, and their caretakers. Course #30-59 | 2010 | 146 pages | 22 posttest questions | 3 hours CE