Recently, an article appeared in the New York Times reporting on the use of marijuana for treating children with ADD/ADHD. The Times article is just one of several that have been popping up since medical marijuana initiatives have been passed in a handful of states.

Initially, the use of marijuana to treat pain and suffering related to the side effects of chemotherapy and to increase appetite in HIV patients were used as the rationale for the medical marijuana initiatives. Now, however, a patient can get a prescription for almost any type of complaint. Anxiety, depression and other behavioral disorders are at the top of the complaint list, so it is not surprising that more disorders are being added to the list.

The Pharmacology of Marijuana

Briefly, marijuana is of the plant genus Cannabis. There are at least 66 active compounds found in marijuana but the most psychoactive compound is delta9-tetrahydrocannabinol (THC). The human brain contains several groups of cannabinoid receptors where they are concentrated and distributed in different areas. These receptors are activated by the neurotransmitter anandamide, which THC mimics.

The main neuropsychological effects of THC and, perhaps the other 65 identified compounds, are on short-term memory, coordination, learning and problem solving. Physical endurance and performance functions also are affected by cannabinoids. THC is recognized as a very powerful psychoactive compound.

The foundational premise related to the medication treatment of attention deficit symptoms is rooted in the concept of paradoxical reaction. That is, these patients seem to react contrary to the mechanism of action for the class of drugs. Psychostimulants, for example, activate, produce heightened alertness, increased energy, appetite suppression and sometimes euphoria.

The main symptoms of ADD/ADHD include inattention, hyperactivity and impulsivity. Psychostimulants, as a class of drug, should enhance many of the negative behaviors that are seen in ADD/ADHD, but behaviorally they do not. This is an example of paradoxical reaction.

Marijuana, generally, decreases alertness, memory, hyperactivity and impulsivity. It increases appetite and is a euphoric. The paradoxical reactions to marijuana may include heightened awareness and performance, paranoia, depression, anxiety, increased activity and impulsivity. Advocates of marijuana, such as psychiatrist Dr. Leonard Grinspoon, say that they would have no hesitation in giving youngsters with ADHD a trial of oral marijuana.

Moreover, they assert, “for some kids, it appears to be more effective than traditional treatments.” They also contend that marijuana has fewer potential dangers and side effects than the psychostimulants.

However, if psychostimulants do hold an edge over marijuana, it is that these drugs are standardized as to their composition, potency, dose and experience? Presently, there is no standardized marijuana compound, unless one wants to include Marinol, a drug synthesized from cannabis which is not under consideration as a treatment option.

Potency of marijuana varies significantly from plant to plant, region of origin and potency, among other variables. Moreover, there is no real control over the concentration of the other compounds found in marijuana, which clearly affect the mechanism of action of THC. Lastly, there is no control over potential adulteration through additives.

Without trying to use a play on words, it is easy to see that whatever the drug of choice, paradoxical reaction brings into question the entire treatment of ADD/ADHD with all medications. Adding marijuana into the mix, in my opinion, is questionable, at best.

There may be many good medical uses for marijuana but we need solid research and data to find out what they might be to justify its use in children and adults. There is sufficient data that casts significant doubt on the diagnoses of ADD/ADHD. There is a significant body of data that supports behavioral interventions as a first line treatment of these symptoms.

The common psyhopharmacological treatment for attention deficit disorders is psychostimulants, but there is a growing body of data on the potential danger of psychostimulants. Ritalin, Concerta and Strattera typically are the drugs of choice prescribed by physicians and psychiatrists.

Adding marijuana to the current list of medication options is very premature. Before even considering marijuana, it seems to me that the current use of psychostimulants also should be scrutinized as a treatment option. Many of the patients that I have treated after being referred for ADD/ADHD had long standing but undiscovered sleep disorders. Not surprisingly, psychostimulants do produce gains in performance with these patients. For too long many have accepted that ADD/ADHD are established conditions that need medical as opposed to behavioral treatment.

To date, not a solitary cause has yet been identified for ADHD. ADHD will likely prove to be an umbrella term for a number of behavioral and/or neurologically based disorders.

Furthermore, there hasn’t been any identified cause specific to ADD leaving open the likelihood that ADD may be a catch-all condition. The National Institutes of Health Consensus Development Conference and the American Academy of Pediatrics agree that there is no known biological basis for ADHD.

The more we review the literature on hyperactivity or ADD, the less certain we are as to what it is or whether it really exists as a standalone disorder. So, at issue, is not only the question of marijuana as a potential treatment for attention deficit problems, but should the use of psychostimulants in children also be re-evaluated?

Given the myriad, unknown pharmacological variables involved in the mechanism of action of marijuana, I believe that marijuana, at this time, is not and should not be taken as a serious treatment option for attention deficit symptoms.

Medical Marijuana is a 3-hour online CEU course that presents a summary of the current literature on the various medical, legal, educational, occupational, and ethical aspects of marijuana.

Professional Development Resources is approved by the American Psychological Association (APA) to sponsor continuing education for psychologists. Professional Development Resources maintains responsibility for all programs and content. Professional Development Resources is also approved by the National Board of Certified Counselors (NBCC); the Association of Social Work Boards (ASWB); the American Occupational Therapy Association (AOTA); the American Speech-Language-Hearing Association (ASHA); the Commission on Dietetic Registration (CDR); the Alabama State Board of Occupational Therapy; the Florida Boards of Social Work, Mental Health Counseling and Marriage and Family Therapy, Psychology & School Psychology, Dietetics & Nutrition, Speech-Language Pathology and Audiology, and Occupational Therapy Practice; the Ohio Counselor, Social Worker & MFT Board and Board of Speech-Language Pathology and Audiology; the South Carolina Board of Professional Counselors & MFTs; and by the Texas Board of Examiners of Marriage & Family Therapists and State Board of Social Worker Examiners. 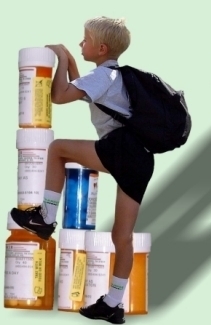 The American Academy of Pediatrics just released updated guidelines for the evaluation and treatment of ADHD. Although specialists have been identifying ADHD in preschool children before now, the guidelines expand the ‘official’ age range for diagnosis down to age four. They still encourage behavioral inteventions before medication in preschool children. Early indentifcation often allows families to address issues before they escalate, and helps keep children on track in their development.
Show original