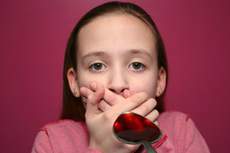 The Centers for Disease Control and Prevention released data yesterday showing that one in 25 kids in the U.S. aged 12 to 17 is on antidepressants. The data, stemming from an analysis of 12,000 American children and adults, found that antidepressant use in this country increased “nearly 400 percent in the 2005-2008 survey period compared with the 1988-1994 period, with 11 percent of those over age 12 taking the drugs.” Commentary on Fox News (not my usual media outlet, but Google News had highlighted the article) warned: “Americans are being aggressively over-diagnosed and have become too sensitive to minor health problems… There is an avalanche of patients that for one reason or another have been diagnosed with depression or alleged depression. And it is far too easy to go to any physician and get a prescription for any type of antidepressant.”
Show original