In a survey of 196 men and women being treated for alcohol dependence, almost one-quarter of men and one-third of women reported a history of childhood physical abuse.

Alcohol dependence is linked to many risk factors — including genetics, drinking in adolescence and having other mental health disorders. A history of physical, sexual or emotional abuse in childhood is known to be another risk factor. The new study, however, shows how strong this link could be.

Researchers at the National Institute on Drug Abuse surveyed 196 men and women who were inpatients being treated for alcohol dependence. Almost one-quarter of men and 33% of women reported a history of childhood physical abuse while rates of sexual abuse were 12% for men and 49% for women.

In addition, the study found that sexual abuse raised the risk of also developing anxiety disorder and emotional abuse increased the risk of developing depression. People who were physically abused in childhood and became alcohol dependent were more likely to have a history of suicide attempts. Alcoholics who experience more than one type of childhood abuse were more likely to develop another psychiatric disorder or to attempt suicide.

The study suggests how important trauma assessment is in alcohol-treatment services, the authors said.

The study appears in the journal Alcoholism: Clinical & Experimental Research. 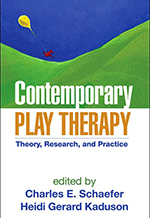