Electronic Aggression: Any type of harassment or bullying (teasing, telling lies, making fun of someone, making rude or mean comments, spreading rumors, or making threatening or aggressive comments) that occurs through email, a chat room, instant messaging, a website (including blogs), or text messaging.

Technology and adolescents seem destined for each other; both are young, fast paced, and ever changing. In previous generations teens readily embraced new technologies, such as record players, TVs, cassette players, computers, and VCRs, but the past two decades have witnessed a virtual explosion in new technology, including cell phones, iPods, MP-3s, DVDs, and PDAs (personal digital assistants). This new technology has been eagerly embraced by adolescents and has led to an expanded vocabulary, including instant messaging (“IMing”), blogging, and text messaging. New technology has many social and educational benefits, but caregivers and educators have expressed concern about the dangers young people can be exposed to through these technologies. To respond to this concern, some states and school districts have, for example, established policies about the use of cell phones on school grounds and developed policies to block access to certain websites on school computers. Many teachers and caregivers have taken action individually by spot-checking websites used by young people, such as MySpace. This brief focuses on the phenomena of electronic aggression: any kind of aggression perpetrated through technology—any type of harassment or bullying (teasing, telling lies, making fun of someone, making rude or mean comments, spreading rumors, or making threatening or aggressive comments) that occurs through email, a chat room, instant messaging, a website (including blogs), or text messaging.

Caregivers, educators, and other adults who work with young people know that children and adolescents spend a lot of time using electronic media (blogs, instant messaging, chat rooms, email, text messaging). What is not known is exactly how and how often they use different types of technology. Could use of technology increase the likelihood that a young person is the victim of aggression? If the answer is yes, what should caregivers and educators do to help young people protect themselves? To help answer these questions, the Centers for Disease Control and Prevention, Division of Adolescent and School Health and Division of Violence Prevention, held an expert panel on September 20-21, 2006, in Atlanta, Georgia, entitled “Electronic Media and Youth Violence.” There were 13 panelists, who came from academic institutions, federal agencies, a school system, and nonprofit organizations who were already engaged in work focusing on electronic media and youth violence. The panelists presented information about if, how, and how often technology is used by young people to behave aggressively. They also presented information about the qualities that make a young person more or less likely to be victimized or to behave aggressively toward someone else electronically.

Electronic Media and Youth Violence, a 1-hour online continuing education course, was developed for educators and caregivers and summarizes what is known about young people and electronic aggression and discusses the implications of these findings for school staff, educational policy makers, and caregivers.

Professional Development Resources has released a series of new online courses on school-based assessment and treatment of children in need of special services. The Florida company, which is accredited to provide continuing education to psychologists, school psychologists, social workers, counselors, marriage and family therapists, speech-language pathologists, registered dietitians and occupational therapists, has announced new courses addressing issues that will be occupying school professionals as the new school year begins.

The new continuing education (CE) courses are intended to equip school-based professionals with the tools they need to deal with back-to-school issues they are sure to encounter in the coming months. Among the new courses are topics providing up-to-date information on autism spectrum disorders, school refusal behavior, reading and literacy interventions, and the developmental effects of alcohol on children and adolescents.

In the coming weeks, millions of children will return to school for the new academic year, many of them bringing not only pencils and books, but also a wide range of difficulties for which they will need attention from school-based professionals. Those with autism spectrum disorders will present learning and social behavior issues that can overwhelm teachers already challenged with overcrowded classrooms. Others may be suffering from the severe anxiety and avoidant behaviors that are part of school refusal patterns, posing major challenges for both parents and school professionals. Still other children will require screening and intervention for a wide variety of learning and developmental disorders, including those who will need specialized assistance with literacy and reading.

“Professionals who work with school-age children have a unique opportunity to identify those who have the need for services,” says Leo Christie, PhD, CEO of Professional Development Resources. “The classroom setting is where learning and behavioral difficulties are highlighted and also where they can be identified and remediated. If we can deliver new information on evidence-based assessment and intervention to the psychologists, social workers, school counselors, speech-language pathologists and occupational therapists who see these children every day, they can have a major impact on getting them the help they need.”

The need is great. In the case of autism spectrum disorders (ASD), the most recent research data from the Centers for Disease Control and Prevention’s Autism and Developmental Disabilities Monitoring (ADDM) Network found that 1 in every 110 eight-year old children were diagnosable for an ASD. This is a very large number of children, and the incidence of autism seems to be on the rise.

School refusers are students who can’t – or won’t – go to school, for any number of reasons. Researchers offer a “best guess” that somewhere between 5% and 28% of children display some aspect of school refusal behavior at some point in their lives. This is a wide range, attributable to variations in the definition of school refusal. Again, this is a very large number, and the behaviors associated with school refusal are so challenging that they can monopolize the time of parents and teachers alike.

Among the new courses offered by Professional Development Resources are:

Other continuing education courses with children in mind can be seen here: http://www.pdresources.org/Courses/Other/NewCourses/CourseID/1/bts

Professional Development Resources is a Florida nonprofit educational corporation founded in 1992 by licensed marriage and family therapist Leo Christie, PhD. The company, which is accredited by the American Psychological Association (APA), the Association of Social Work Boards (ASWB), the National Board for Certified Counselors (NBCC), the American Speech-Language-Hearing Association (ASHA), the American Occupational Therapy Association (AOTA), and the Commission on Dietetic Registration (CDR) of the American Dietetic Association (ADA) – as well as many other national and state boards – has focused its efforts on making continuing education courses more cost-effective and widely accessible to health professionals by offering online home study coursework. Its current expanded curriculum includes a wide variety of clinical topics intended to equip health professionals to offer state-of-the art services to their clients. 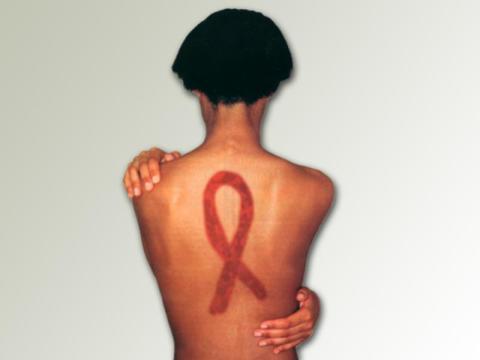 An Article in the Times India states that young women of reproductive age (15-24) are the single most vulnerable demographic worldwide for new HIV/AIDS cases. This is a perfect example of the central truism of feminism – that the ‘personal is political.’
Show original